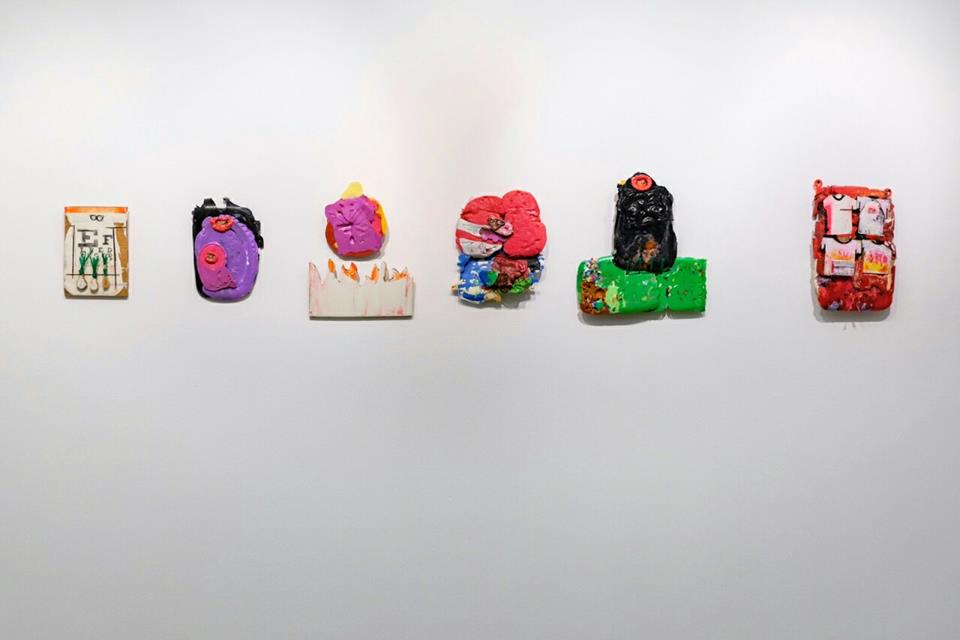 Radek Szlaga's painting is a meeting between biography, precise hand drawings and the inevitability of the internet. Taking 'totem shapeshifting' as his departure point, he explores and documents the realm of post-identitarian condition and its aesthetics. He was born in Gliwice, grew up in Detroit and decided to return to Poland to study at the Fine Arts Academy in Poznań only to later set up his international art practice in Warsaw. Since then he has focused on the notion of 21st century nomadism, exile and the ethos of emigration, mixing it all together with postcolonial theory, ironic humor and speculation strongly influenced by his eclectic musical taste, from Detroit techno to Sepultura, he synthesizes visuality as if he would work with fragmented musical notation or better, an undecipherable language. His pictograms, abstracted figurations and anecdotal passages open a space, often non-verbal, that somehow visualize the incompleteness of language and as a whole turn the world upside down by the sheer power of the bouncing fragment.

In Nairobi, Radek joined forces with women from Mathare to create a collective installation "Deities" evoking the 'spirit' of the neighborhood and his own take on this type of ludic depiction of christian divine natures, which very often goes beyond normative religiosity of the official Church. Through its display of collective work - transforming found items, recipies and storytelling, the message of this show is reminiscent of what AbdouMaliq Simone, the main proponent of looking at an African city as a factor of change had in mind when he uttered the phrase:“People are the infrastructure of the city!”