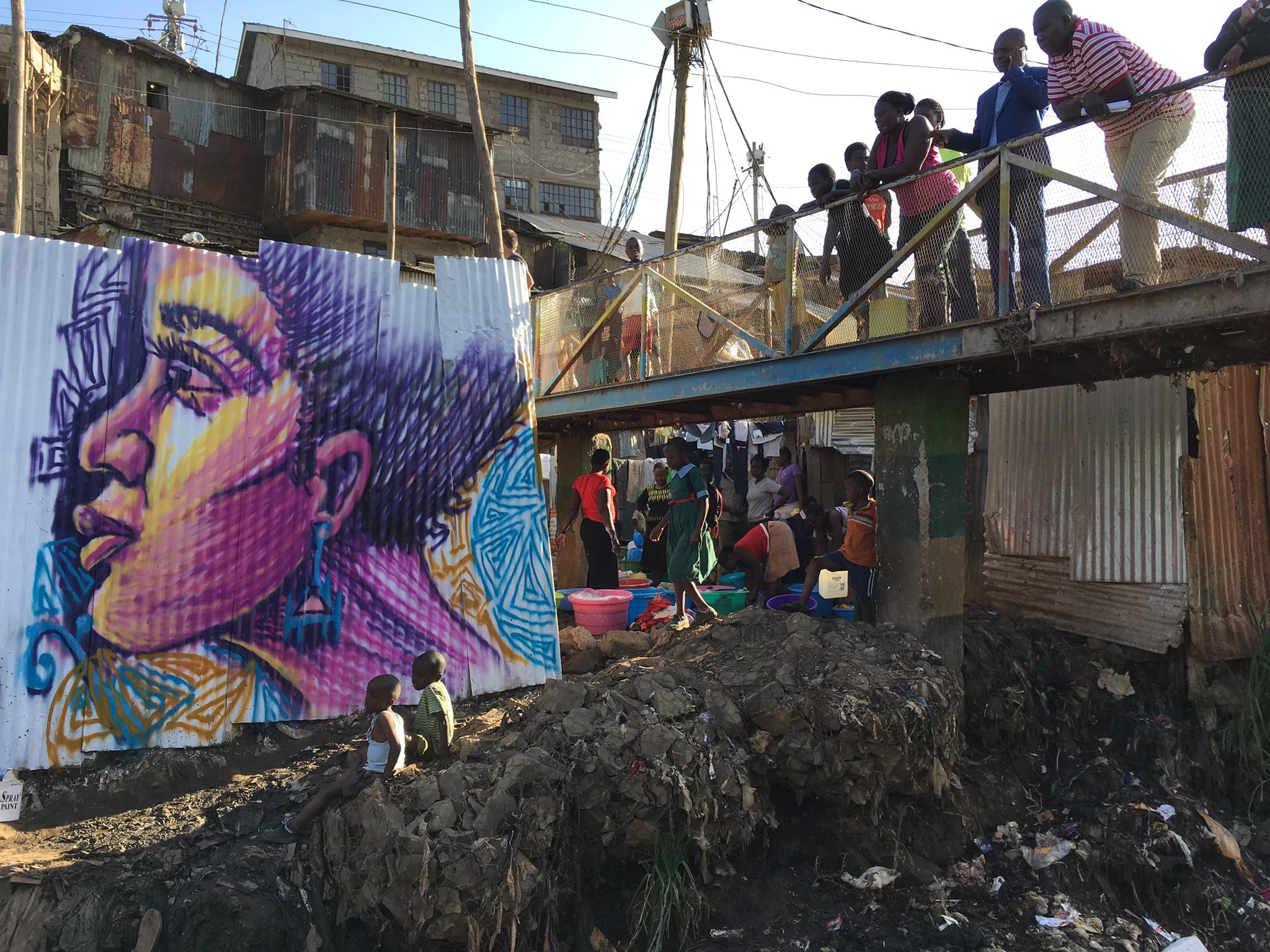 Mathare was initially quarry and when it was exhausted of stones, workers of nearby appropriated the "empy hole" for free housing aboard. As the community grew, These Cartels emerged and started controlling the space to a point where people of different ethnic groups occupied different parts of the slum.

Many people have taken adventage of the differences is the abuse residents dignity and oppress them. It is very important for the "now residents" to know this history Which will empower them to united and Their white future "the future they wish for".

Street artists have used Their gifts for this reality. Come see Their show this Saturday at Mathare Art Gallery.