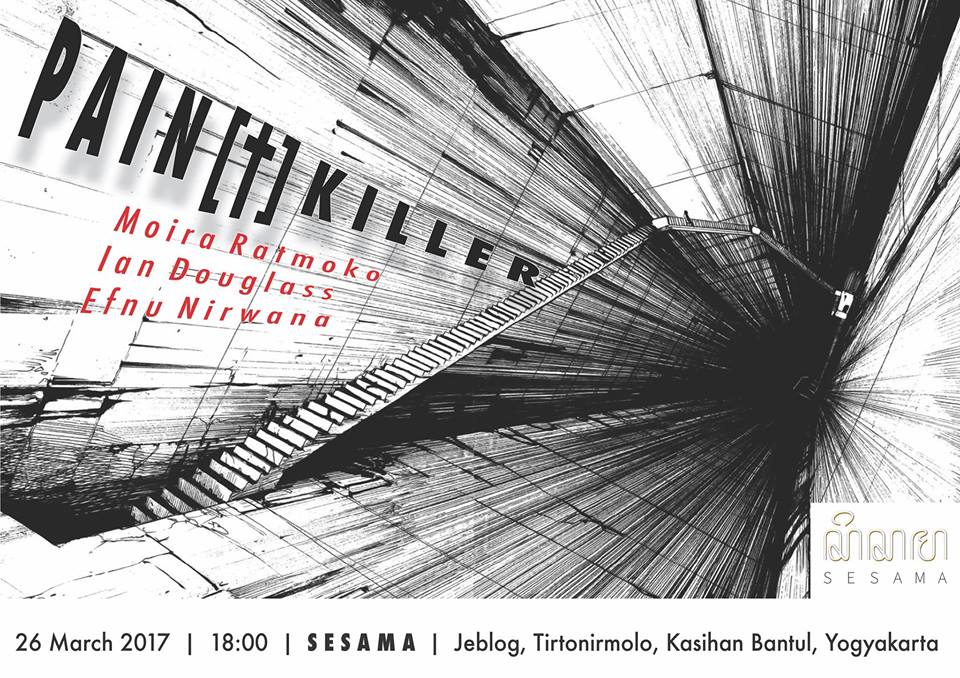 Sesama warmly invite you to PAIN(t)KILLER performance art night. We want to present you the concept prepared by international artist from USA, Switzerland and Indonesia.

"Art is the world’s pain killer. Through dance, fashion, painting, performance we transcend the harsh realities and histories of violence, oppression, power, and control."

Moira Ratmoko is an artist with Indonesian heritage, raised in Zurich, Switzerland. Her creative passions include working as a tattoo artist, tailor, and fashion designer outside of the normal boundaries and binaries of gender. Her work explores the perception of aesthetics, mainly focusing on contrast, such as organic forms from nature and harsh mechanical geometries, including monochromatic imagery and razor-sharp line work.

Ian Douglass is an artist from Chicago. His creative practice gravitates around painting as liquid eternity, while exploring dancing, drawing, writing and furniture fabrication. After
studying at Parsons in New York, he created his first international solo exhibition, Hallucinations from the Castle’s Prison in Bern, Switzerland. For the show, he produced paintings for the four floors of the Castle Wyl’s tower, while living in the prison cell next
door. His work emphasizes no hierarchy of materials or influence: from gold leaf to chewed gum, from ballet to hip hop.

Efnu Nirwana is an Indonesia-based artist and musician. He works in a variety of mediums, from painting and printmaking to drawing. Integral components of his art include socio-political issues, the environment, globalization and their interplay with human emotions. He utilizes highly simplified and abstracted imagery, intended to
directly impact viewers. His work never seeks ‘beautiful’ aesthetics and skilled techniques, instead emphasizing accessibility, open conversation, and fostering individual interpretation, in which people craft their own conclusions.